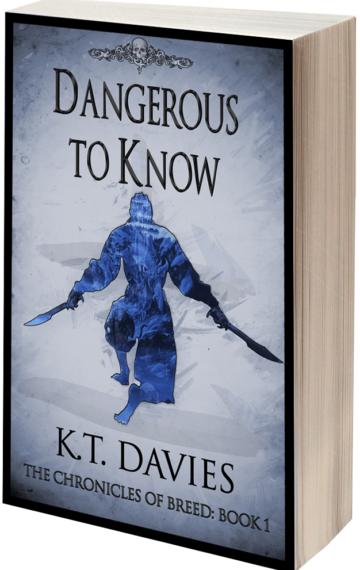 After Breed, a thief-assassin of small renown is chased by a dragon, tricked by a demon, almost killed by a psychopathic gang boss, and hunted by a ferocious spider assassin, life really takes a turn for the worse.

Sentenced to five years bonded servitude to a one-handed priest magician, Breed must find the hammer of the ancient hero known only as The Hammer of the North within a year and a day…

So, with only a drug-addicted vagrant, a rat-faced child, and a timid priest for backup, Breed sets out for the mighty city of Valen and the tomb of the Hammer.

What could possibly go Wrong?

“Grim, dark and savagely funny, Dangerous To Know is an epic, sword and sorcery adventure.”

Originally released as ‘Breed’ in 2014, this story was shortlisted for the British Fantasy Society, Robert Holdstock Best Fantasy Novel award in 2015.